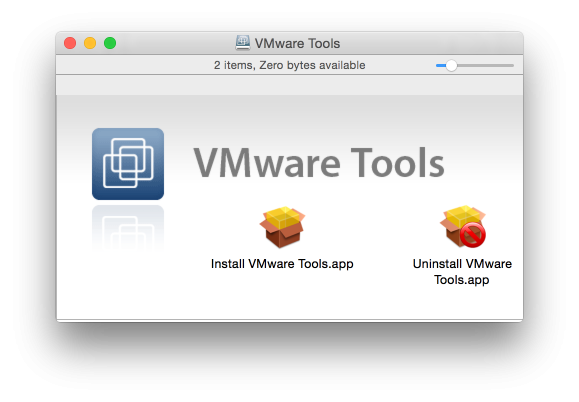 After my upgrade to vSphere Hypervisor 6.7 I (again) had to manually install the VMWare Tools for MacOS (and Solaris). VMware only includes the tools ISO images for Windows and Linux in the vSphere Hypervisor installer and during the installation process, any existing ISO image is removed.

As VMWare published version 10.3.0 of the VMWare Tools a few weeks ago, I will document in this (brief) post both the steps to upgrade VMWare tools on vSphere Hypervisor and the steps install the one for MacOS for future use.

The latest version of the VMWare Tools can be obtained from https://vmware.com/go/tools, which currently points to version 10.2.5. However, with a little searching on VMWare’s support site, I located version 10.3.0, of which I installed the VIB to upgrade the Windows/Linux images and the ‘other’ packages for MacOS and Solaris with the following steps:

That’s all, the installed version of the VMWare Tools is now available and can be used from the web interface to install and/or upgrade for each VM.