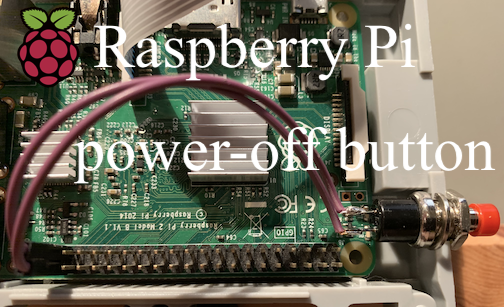 I have a number of Raspberry Pi installed in my home for specific tasks that have no monitor or keyboard connected. To shut these down, I always need to ssh into them (fortunately they are all network connected) but this is not very practical. In this post I describe how to add a power-off button to a Raspberry Pi to shutdown a headless Raspberry Pi cleanly.